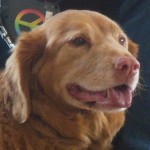 When you commit to writing on a series of related topics, at some point the light bulb goes on in your head and you see why it’s called a series. That happened to me one morning as I was walking my two rescue dogs, Buddy and Rhea (don’t worry – there is a reason why I am mentioning them). I found myself thinking about this article. I had already jotted down a couple of ideas, but then the light bulb came on. On the fourth of what will ultimately be at least seven articles, it occurred to me: Not only are all the “Rs” related, their order is also important.

Before Rhythm can be attained, Relevance, Relationship and Rigor must also be in place. Let me explain.

To say that when I was in high school we practiced would be a gross understatement; we practiced obsessively. The drum line – David Narby, John Garlington, Danny Clark, Terry Payne, Tom Empey and myself – practiced virtually every minute of our spare time. We would go to the band room during study halls and practice; we would practice at home by ourselves; we would get together to hold practice sessions; we would write new percussion parts for every number and then practice until we knew them cold. To this day, I can play the cadences we marched to, including the special samba one that we used when exiting the field.

We were not better than others because of natural talent, but because we practiced. We all thought that John Garlington was head and shoulders above the rest of us because his rudimental drumming was superior and he could sight-read music far better than any of us. A couple of years ago my buddy Dave Narby told me it was all a sham. Garlington (who made All-state as a junior) had simply taken all the music home and practiced it relentlessly. He was so good because there was nothing he hadn’t seen before.

What did we have as band members that led to rhythm? First, what we were doing was relevant to us. In the milieu in which we resided, there was nothing more relevant than Big Blue (as the band was known). We gave importance to a town of 6,500 working people. We were known everywhere, and our prestige both within and outside the walls of the school exceeded that of any of the sports teams. We had relationships. Aside from a few people like me (I moved to Bath for my junior year), the band consisted of kids who had known one another their entire lives.

We had rigor. In addition to the hours we all put in personally, there were the full-band practices. Luther Hoffman was relentless. But we all gladly threw in 100% of our commitment, even practicing nearly every night during the summer to get ready for the State Fair competition in early September. And get this: Since the State Fair took place after school was over and before the next school year began, it was possible to participate in the band after you had graduated from high school, and I cannot remember a single band member who did not practice all summer after we had graduated.

Until I began writing this article, I had never given any thought about this subject, nor had I given much thought to the dynamics of Big Blue and how we worked. The more I thought and wrote, the more I came to understand the secret behind rhythm: Leadership that empowers.

If you were to look at Big Blue as it performed in a parade, you would have been impressed with the striking West Point uniforms, the Color Guard, the Majorettes (led by the beautiful Sally Conley and Anne Bradstreet) and the Drum Majorette – Edwina Smith, who signaled the beginning of every number. For all the world, she appeared to be leading the band.

What was not quite so noticeable was the man marching alongside in the dark blue uniform – the man with the vision, talent and leadership that made us all possible. Luther Hoffman, not the drums, provided the rhythm for HCS’ Big Blue Band.

Back to Buddy and Rhea.

We rescued Buddy from the Dubuque Animal Shelter in 2005, and got Rhea in 2012. When we got Buddy, he was somewhere between one and three; when we got Rhea, she was 10. We got Rhea after Misty, a feisty 40-pound Keeshond (who was Buddy’s mentor and life coach) succumbed to cancer. We wanted to get an older dog because they are often left to die at the pound. Rhea is a pure-bred, 90-pound red Labrador; Buddy, also a beautiful red, a mixture of Afghan Hound, Vizsla, Border Collie, Cocker Spaniel and Lhasa Apso, but everybody thinks he’s a Golden.

Buddy and Rhea, working together, brought a new rhythm to my life. Every morning at 5:30, Buddy would wake me up and demand breakfast. After that, I was allowed one cup of coffee, followed by the demands for the first walk of the day.

The routine was always the same: Rhea jumping eagerly, drinking water, slobbering all over the floor and fighting the harness, while Buddy patiently waited for me to put his collar on and stuff four poop bags in my pocket.

Then off we’d go – Rhea bounding out the door eagerly and Buddy walking slowly – like Jim Brown going back to the huddle (you youngsters will have to look that one up). We would walk up the hill to Grandview Avenue – Buddy always on the left and Rhea predominately on the right, but apt to bolt to wherever curiosity led her.

Once on Grandview, we would take the same route every day. Folks think that walking big dogs – especially if one is as spirited as Rhea – is difficult, but Buddy – the dog on the left, gave the walk structure and rhythm.

Twice a day, we repeated the ritual.

Then, just a short while back, on June 19, a terrible thing happened. Buddy, my faithful friend of nearly 10 years, had a heart attack and died.

Perhaps the best way to define rhythm is as a combination of flow and certainty – knowing that the same things will happen in the same way every day.

Now that rhythm has changed.

The dog on the left – my sweet, sweet Buddy – is gone.

This entry was posted in A "Crans-Eye" View of the Industry, News. Bookmark the permalink.